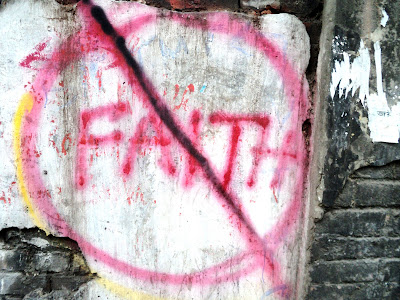 On my last day in Varanasi I went for a walk when a small boy came out of nowhere and took me by the hand. He smiled and said hello. I said hello back and we walked together, hand-in-hand, through the streets. I knew that he wanted something from me so I told him, plainly, ‘no paisa (money), no chocolate, ok?’ but he seemed a little hurt by my accusation and assured me he just wanted to walk with me and hold my hand. He seemed sincere and I felt embarrassed that I assumed he wanted something that. I didn’t notice that we had changed direction and were heading into the market. I’d gotten used to being hounded by street children demanding (not asking) money or chocolate. It’s sad but foreigners are really seen as giving-machines, walking talking ATM machines or Santa Clause. This boy seemed different so I let my defenses down and walked with him reprimanded myself for automatically thinking he wanted something. Just then we arrived at the place he was guiding me to. A German bakery. He pointed at something and said ‘give me!’.

Looking back now, perhaps I should have just bought him a cupcake but I felt that he had lied to me. ‘I’m sorry, no’ I said. His smile vanished immediately and he shoved my hand away in disgust. Bad Santa! He ran away without saying goodbye, probably to find another foreigner that would give him a treat and I was left alone in front of the bakery feeling rejected, unloved and used. I’m being a little dramatic sure, but it affected me. It hurt me.

Just a few hours after that incident I was on a train to Agra to see the Taj Mahal with my own eyes and finally tick it off the list of ‘things to do before you die’ but I felt raw about what happened in Varanasi. If my faith in the sincerity of people were fragile when I left Varanasi, Agra was the worst possible place I could go to. The guide books warn about the touting and harassment in Agra but it was much worse than I expected and after only 2 hours I wanted to leave. My train out of Agra was only leaving the next morning so I was stuck until then. But I came to see the Taj, not to hide in my hotel room so I told myself to snap out of it, go outside and face the mob.

On my way to the Taj a particularly persistent cycle-rickshaw rider pulled up and stayed beside me, offering his services, for almost 15 minutes. I must have said ‘no, thank you’ a million times but he refused to leave. After a while I simply ignored him. Then, somehow, he accidently rode over my foot with his rickshaw. It hurt like hell but it was the pained (crazed) look in my eyes, I suppose, that finally made him leave.

I limped all the way to the Taj ticket counter and paid 750 rupees (!) for a ticket. Locals pay only 20 rupees (it seemed even the Indian government thought I was Santa Clause). My foot was throbbing and hundreds of ‘guides’ harassed me while I queued to go inside. ‘Please leave me alone’ I told them over and over and then finally sat on the steps outside for a while trying to regain my excitement. After all, I was about to see the greatest building in the world (according to the guide book). I imagined the moment very differently and couldn’t shake the heaviness and negativity I felt. You can only say ‘no’ so many times before it starts affecting you negatively. And so I went inside, looked around, took a few photographs and left, spending the rest of my time in Agra counting the hours till I could leave. It was a sad day.

I arrived in Delhi the next day, sad to the bone, convinced that India was a horrible country that once had a place in my heart but had betrayed me. Again, I know that I was being a bit dramatic but I felt heartbroken. It took me a few days before I started to remember all the extraordinary kindnesses and generosity I had experienced in India. How could I forget that? You need to have faith in the goodness of people even when their appearance, behavior or your prejudice tells you different or you rob them of the opportunity to surprise you. Eventually I felt reconciled to India enough to start planning the next adventure.

The next part of my journey was into Rajashtan and I couldn’t wait. Soon I would be heading off into the Indian desert with my Yamaha. The Lone Rider, chapter 2. But then, to my surprise, the same people who were inspired by the first journey were suddenly trying to talk me out of this one. There were again those familiar voices telling me that I can’t do it or shouldn’t do it. The lack of faith made me sad and angry but I understood it all too well. It’s easy, and human, to forget the great things we’ve seen and to start thinking small again and before I knew it I also began doubting whether I could do it. I looked in the mirror and the person looking back didn’t look like me at all (Indian street food has been a lot easier on my wallet than it has been on my waistline but that is not what I mean). My faith was gone. Whatever the reason for it, I was suddenly doubting why I was on this trip at all. When I first decided to do it I had to convince many people that I wasn’t crazy, reckless, irresponsible or even selfish. A lot has happened and I’ve certainly come a long way since then and every word in this blog has been a witness to that. I reminded myself of all the incredible, if not miraculous, things that I’ve experienced on this trip and that I was terrified to ride up into the Himalayas too but that I did it and lived to tell about it. I also remembered something I wrote in the beginning of this trip. ‘You need to find one reason why you can do something and then do it’.

A text from my brother finally gave me the reason I needed. Going on an adventure, he said, means that you don’t know whether you’ll make it or not but you go anyway. I felt my faith seeping back and as I counted all my extraordinary blessings I suddenly felt like not only can I ride a motorbike through the Indian desert but perhaps I could even move a mountain. Rajashtan here I come.