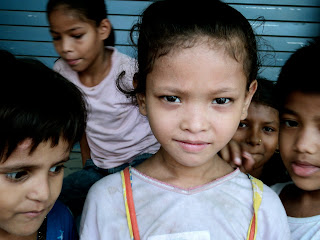 To my disappointment, the first thing I did in India was vomit. Well no, that’s entirely accurate; I was still on the airplane when I threw up but it was, as they say, an ominous start. Nobody welcomed me at the airport because I was spending the next 6 months in India, on my own. Something was waiting for me beyond the doors of the plane though; Noise, heat and a good dose of disillusionment.

The first thing I wanted to do was get myself into a hotel room as soon as possible so that I could freak out without anyone seeing. En route to the hotel I realized two things; my very romantic idea of riding a motorcycle through India was probably an insane idea as was visiting this country during summer (June-Sept). Alas, today is the first of June and here I am, freaking out and frying.

I spent my first night in the Pahar Gang. Looking back now, the India of my nightmares. Within minutes of booking into my hotel I had what you might call a panic attack. Those voices, of my family and friends, asking me why on Earth I wanted to travel alone in India for 6 months, became louder and louder and for the first time I didn’t know what to say. What on Earth am I doing here? Calm down, dammit. I very nearly slapped myself across the face but managed to get a hold.

Looking back now, it seems silly that I felt so overwhelmed but back then I felt like Alice being asked how far down the rabbit hole I wanted to go. That first night in Pahar Gang was a rite of passage of sorts. Before you could become a traveler you had to be a tourist first. A scared, overwhelmed little tourist.

I had no contacts in India but knew that there were several churches that I wanted to visit and the first was right here in. Delhi. That was the day I met Shallu.

‘So what’s your plan?’ one of the girls in church asked.

‘To survive the next 181 days and make it home alive’ I thought but managed to say ‘travel’ instead.

‘Oh’, she replied and then asked the question I was already sick of; ‘On your own?’

In India women rarely, if ever, travel without the company of a man, usually a husband or father but after 3 days in Delhi I decided that I would be buying a motorcycle and would be riding it, on my own, though India. This announcement was met by blank stares and a few distorted facial expressions and I realized that my solo mission was a foreign concept to them and that I might as well have announced that I will be flying to the moon on a magic carpet.

Their disbelief, I realized was soaked in concern for me and when one of the ladies asked me, aside, what my mother thought of my plan to do this I couldn’t make light of it. I remember seeing my parents, heads drooping and heartbroken, when we said goodbye at the airport and I knew what this lady was saying spoke true and I suddenly felt very lonely, selfish and irresponsible.

The church in Delhi turned out to be just what I needed and I was immediately invited to spend a day at the church’s learning centre. Every day, Monday to Friday, these street children (sometimes as many as 60, from babies to teenagers) come to the centre and basically get fed and taught by a few volunteers. These kids live in extreme poverty, mostly on constructions sites in and around the city and look like they are always covered in dust.

I got my first opportunity to use my badly broken Hindi with the Super Seeds (as they are called) but soon reverted to miming and hugging to communicate and basically fell in love with them. I suddenly understood why Madonna and Angelina Jolie keep adopting children. These kids get to you.

I decided to stay for at least a week in Delhi before adventuring onward and so got a chance to attend a Sunday service at CCC (Capital City Church). They have a wonderful ritual on Sundays. After the service, everyone stays behind to have coffee and chat but then, lunch is served and everyone eats together, in the church. On my first visit I had lunch and ended up staying until 16h00. Some even stay there, talking, sleeping, singing and drinking chai until the evening service starts at 18h30. This was community on another level.